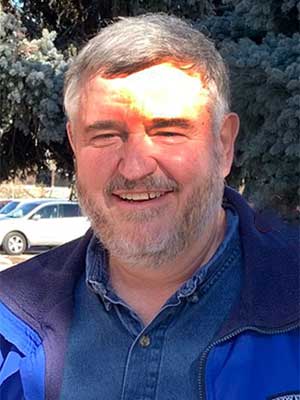 Ted Woodard, an alumnus of The University of New Mexico Department of Electrical and Computer Engineering, has donated $300,000 to support students in the department with senior design projects.

In fall 2018, he made a monetary donation that was used to create an endowment called the Ted Woodard Student Project Fund, which will distribute about $12,000 a year for students. In addition, he donated a variety of electrical equipment he had collected throughout his career.

Woodard now lives in Colorado and has been retired from government service since 2003.

He received a bachelor of science degree in electrical engineering from UNM in 1983, then went on to earn a master’s degree in telecommunications from the University of Colorado in Boulder.

As a student, Woodard said he remembers working in a co-op program, which allowed him to work one semester on, one semester off, and earn money for school while gaining valuable experience. And that experience made it possible for him to transition into top-secret government work.

Woodard had a long career with the government that involved many top-secret and highly-classified projects and missions. His roles included working as an aerospace engineer for the Defense Contract Management Agency of Lockheed Martin in Denver; the U.S. Army Space Command in Colorado Springs, Colo.; and the office of the deputy undersecretary of defense in Arlington, Va.

He was forced to retire from classified government work in 2003, when the toll of various health issues made keeping up with the demands of such sensitive work impossible. 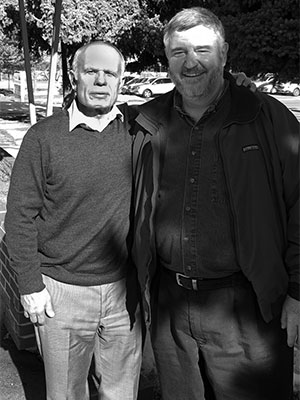 Woodard said that although his health issues have prevented him from being able to continue as an engineer, he is grateful to UNM and all that it provided him. He remembers especially doing a senior design project and having great difficulty buying the supplies he needed. He hopes this fund will help future students create and engineer their projects without a worry of cost.

One of his favorite memories at UNM was working with his advisor Dr. Martin Bradshaw on his senior design project — a variable-diameter Savonius wind vane. And he said the greatest compliment he ever received was when Dr. Bradshaw purchased his creation.

Woodard said that he first began thinking about giving back to UNM after reading an article about Dana C. Wood, an alumnus from the Department of Civil, Construction and Environmental Engineering, who donated $3 million to programs in that department and for the Formula Society of Automotive Engineers program.

He remembers his time at UNM fondly and has the desire to make a lasting impact for students.

“Everyone takes for granted that they are going to live forever,” he said. “I’ve been given a chance to give back, and it’s important to take advantage of that when given the opportunity. I was here [at UNM] so long that there is a soft spot in my heart for the University.”

Recently Woodard donated a truckload full of power electronics and other tools to ECE.

"ECE wants to thank Ted for his splendid support." said Reiner Martens, ECE Department Administrator. "This will help to create a Power Lab in ECE that will support the teaching of undergraduate students!"